My Sister Blog: Travel and Places

Well my time in France has come to an end. Should I be philosophical about it and conclude proceedings with a sigh and a “c’est la vie”? Certainly not! I have had a wonderful 6 or 7 weeks here. As you can tell I’ve managed to lose track of time.

What can I say about the Workaway experience? It’s a great model providing you understand what it’s all about. You’re not going to earn any money working as a volunteer unless of course you have an established business operating independently of you (really, and you’re a travelling volunteer?); are dealing elicit substances from your backpack en route (not advised when crossing borders); or are adept at online gambling or trading (aren’t there better things to do with your time?). 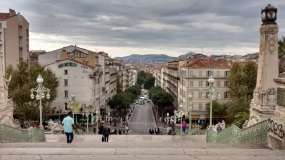 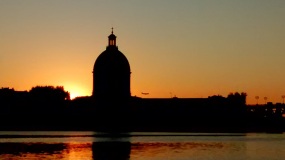 Workaway is all about the experiencing things whether they be cultural, cuisine, landscape, urban, rural, musical.. whatever. If you are the sort to sign up for the scheme chances are you are open to new experiences and are actively seeking them.

From what I understand (it’s probably stated in the Ts and Cs), the host can engage you for a maximum of 5 hours a day in gainful employment, around which you can do as you please. There were days I worked more and days I worked less. The work was never dull and the time I had to myself was ample to explore my immediate surrounds and here and there go a little further.

I was fortunate that during both my Workaway placements I had reasonable hosts. Gérard, who runs his permaculture project on his smallholding near Poitiers was a lovely man and I say that without any subtext. If he could be accused of anything I suppose it could be that he is perhaps a little over-enthusiastic at times. I remember wandering into the barn-cum-workshop in the late afternoon or a Sunday morning to find him busy chopping metal bars or assembling something he had been imagining in his head. 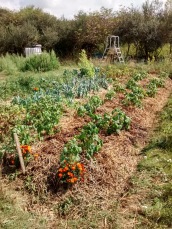 Gerard smoothes the rough edges of a bar with a grinder

However, he never made me feel obligated. Whatever he intended us to do was by invitation and suggestion. It was never a directive. It was also an exercise in communication across the language divide as neither of us had a firm grasp of the other’s language. Arguably my French was a lot better than his English but it still left much to be desired. Gérard’s talent lay in speaking slowly with ample gestures so that the essence of what he was trying to explain was conveyed despite my diminished vocabulary.

Hector, a Mexican man, with whom I worked at my next assignment had a different style. He was certainly more authoritative. I suspect it was partly a personality trait and partly cultural. I often felt as though he would have preferred to shout when I misunderstood him (quite often) but somehow managed to force himself not to. I was never really able to relax fully with ol’ Hector but I could appreciate that he was a very practically-minded individual. Everything he knew about building and wiring and insulating and so forth he had learnt ‘empirically’ as he put it. I certainly learnt a few things in this regard. 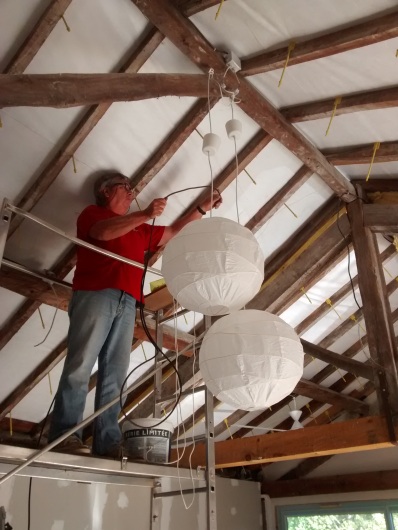 Hector liked his grub and every other lunchtime we would head off to the local Chinese restaurant in the neighbouring village, or occasionally a kebab for the sake of variety. His wife Ann was a nice lady, a very busy lady, who somehow found time to cook around doing homework with Hugo, the housework, as well as laundry, ironing and periodic nursing shifts. So far as food went I was well taken care of at both places.

The contrast was in the style of dining. Gérard and his wife, Mireille, took their time over a meal. It was more intimate, never rushed. We chatted and laughed and savoured each morsel whether it be a helping of cherry tomatoes from the garden or a piece of home-baked quiche. There was also the obligatory glass of wine with the afternoon meal, usually a rosé. For me this was the essence of simple, pleasurable French dining.

Hector and Anne’s boys (fraternal twins) were polite but I sensed that mealtimes were more an obligatory exercise which they would rather conclude as fast as possible so that they could get back to whatever they were doing before i.e. computing. 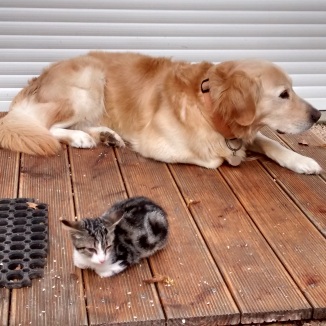 Spending time with the Gayón family also gave me an insight into living with an autistic child. Raphael was or all intents a normal boy of 15 whilst his brother Hugo was afflicted by autism. It manifest itself in the way he spoke (quite matter of factly without much intonation) and in his particularities. For instance, he obsessively played the same 1st person computer game the entire two weeks I was there outside of homework and mealtimes.

He hated loud noises or situations that might permit them. Therefore whenever the sliding door to the patio was opened he would block his ears. Even things like music emanating from my tablet would make him uncomfortable and I was asked to turn it off.

Seeing how the family had to adapt to Hugo’s particular set of needs was educational for me. Not something I had actively sought out but which I’ve benefitted from nonetheless. It couldn’t have been easy for the rest of the family yet they undoubtedly loved him. One evening he unexpectedly smothered his parents in kisses and hugs much more demonstrably than a normal boy of that age would do. I could see this amused, perhaps even pleased his father and lthough he maintained his cool demeanour I detected the hint of a smile on his lips.

He ate prodigious amounts of chocolate, waffles and yoghurt – too much as far as I was concerned – but I assume his parents permitted it in compensation for the things he would not get a chance to enjoy, unlike his brother Raphael.

Raphael was a very smart child, that much was evident. He spent most of his time on his computer either programming or reprogramming games (‘mods’), composing music or networking with friends remotely. He had a state of the art digital SLR which he brought along on an outing to an old castle/chateau on a hill overlooking the village. I told him of my interest in photography and he had quite unselfishly handed the camera over to me and told me to ‘shoot away’.

I sensed that he wanted to please me, to be liked. Did he feel the burden of being the ‘normal’ child and the expectations that must come with it? I had reason to ponder this on several occasions.

On a lighter note I would like to share a few anecdotes from my trip which illustrates some of the lighter moments traveling abroad.

1. Over lunch Gérard informs me that the next day he and I are going to Katia’s house. Katia is another Workaway host who is active in Gerard’s permaculture project. Mireille has not taken to Katia probably because she comes across as very assertive. Katia tells me this is because she came from a big family of boys. Her dad died early in her life as well. Personally I liked Katia. Beneath her matter-of-fact, let’s-get-down-to-business approach she was actually a very kind and thoughtful person.

Mireille fixes Gérard with a stare and states simply that is not going to happen because she has an appointment scheduled with her hairdresser in Vasles and he is supposed to drive her there. Gérard protests but her gaze is unyielding. Wisely he diverts his eyes to the fruit bowl, furrows his brow as if deep in thought, and after a few moments contemplation nods his head and proclaims that yes, he remembers now. The rendezvous at chez-Katia can wait till the weekend.

2. After Gérard’s project and a few days cycling along the Loire Valley I head down to the city of Toulouse where a friend of mine, Rui, lives. From the train station I catch the Metro to meet him near his house. I am seated in one of the carriages and, having nothing better to do, pick up a newspaper at my feet. It’s in French but with pictures of some local celbs on one side and an assortment of swimsuit models on the other including the South African model, Candice Swanepoel, stretched out in a two piece number.

Being a bit self-conscious I drop the paper back on the floor.
A few moments later an elderly Muslim woman dressed in traditional attire enters the carriage. A young girl kindly gives up her seat opposite me. The woman smiles and nods appreciatively. She sits down and picks up the same piece of newsprint, fixing her eyes on the page with the models.

Her eyes narrow and with a disapproving mumble she proceeds to tear the paper into little shreds! I catch the eye of the girl who gave up her seat a moment earlier. She is struggling to stifle a laugh. Most of the people around me are grinning in amusement although the elderly woman takes no notice.

3. Working alongside Hector one morning I turn on the digital radio app on my tablet. I is tuned to Smooth FM, UK. Annie Lennox is singing Sweet Dreams (Are Made of This).

Me to Hector: Hector, do you like Annie Lennox? (I am a fan)
Hector (busy installing an electrical cable) : Yes, I like Red Hat
Me: Mmmm, not sure I know that number.
Hector: Yes it is a good operating system.
Me: I mean Annie Lennox. Of the Eurythmics….ya know?
Hector (still busy with said cable): Listen, I would use it more but my clients require Windows Software.

Get it? Lennox/Linux. One sings, the other is an open source operating system. (LOL)

PS I still don’t know whether Hector likes Annie Lennox. Or the Eurythmics. Being a jazz player I personally think he’d like her Medusa album. Just a guess.